Posted on February 15, 2017 by stchrysostoms 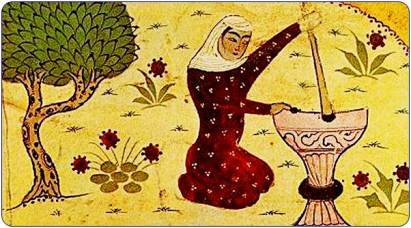 I learnt recently that Rabia Basri, the female Sufi saint of the eighth century, warned us not to complain.

This advice spoke to my heart, but I had to think carefully about it. Did she want to stop us challenging injustice and disrespect? No. Judging by other sayings she did not mean ‘Don’t protest’, nor even ‘Don’t write letter of complaint’. So, what was she telling me?

I realise that, as I get older, I feel a strong temptation to be a ‘grumpy old man.’ I recognize an increasing tendency to be judgmental about people and their actions, especially politicians. I can respond badly to frustration and sometimes give way to fears – or even despair, perhaps with the news from Syria. I like to make comparisons with a past which (it is easy to imagine) was better than today. But I remember T S Eliot wrote: ‘Do not let me hear of the wisdom of old men, but rather of their folly…’

Those habits of mind stand in the way of spiritual growth, which is a lifelong task. What is the way to avoid them? Another Eastern teacher, Patanjali said: ‘When a negative thought arises, replace it with a positive one.’ Rabia Basri pointed to the duty to be thankful; the good in my life so greatly outweighs the bad. Instead of being judgmental, Thich Nhat Hanh teaches us to root out the violence in our thinking and learn to react sympathetically and mindfully. The noisy drunken football supporters on the train last Saturday may have been enjoying their one bright spot in an unfulfilling week. The official who said ‘No’ to me was perhaps constrained by health and safety requirements, or by shrinking budgets, or by the fear of setting a precedent, and so found my request difficult for her to grant. Should I blame her, even though I have almost forgotten the nurse who made no fuss when I was very late for an appointment and made her job harder?

The Buddhists tell us to practice compassion. The means we should stop playing ‘blame games’. Even when contemplating something as terrible as the conflict in Syria, if I cannot see any action I can take, I can still feel pity for everyone involved as I hold them in the Light, from the leaders who have lost control of the situation to those who are powerless even to protect their lives.

The challenge, however, is not about far-off problems but my own everyday behavior. When I took an Advanced Driving Assessment recently, the examiner advised me: ‘Always drive in a way which reduces the amount of aggression other people might feel’. I think Rabia would have agreed.

(Reproduced from ‘The Friend’ the weekly magazine of the Society of Friends with their kind permission and that of the author, John Lampen)

St Chrysostom’s is an Anglican (Church of England) parish church in Manchester, UK. We’re an inclusive, diverse and welcoming faith community rejoicing in our Anglo Catholic tradition, where people of many differing backgrounds make friends. Find our Facebook group at https://www.facebook.com/groups/2364267899/
View all posts by stchrysostoms →
This entry was posted in Anglican, Anglo Catholic, Spirituality and tagged Complain, Quaker, Rabia Basri, The Friend. Bookmark the permalink.