Oh, to that heart draw nigh 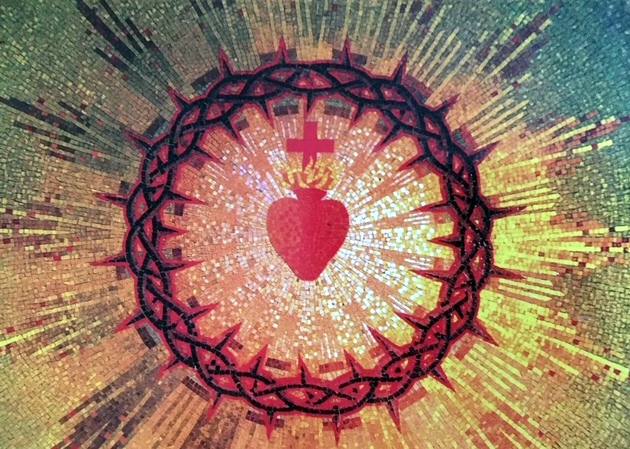 Mosaic of the Sacred Heart at Paray-le-Monial

“He broke my heart.” Most people reading those words will know what the speaker meant. The person has suffered deep emotional pain as a result of the actions of another. Perhaps the speaker was susceptible to such pain, perhaps they were ‘tender hearted.’

Two years ago I went on a short private pilgrimage to Paray le Monial, in central France, often nicknamed the ‘city of the Sacred Heart.’ It was here, in the late seventeenth century, in the convent where she was a nun, that Margaret Mary Alacoque received visions of the love of God, the Sacred Heart of Jesus. In fact devoition to the Sacred Heart existed well before this time, however, Maragert Mary’s intense experiences led, eventually, to a development and popularisation of the devotion. 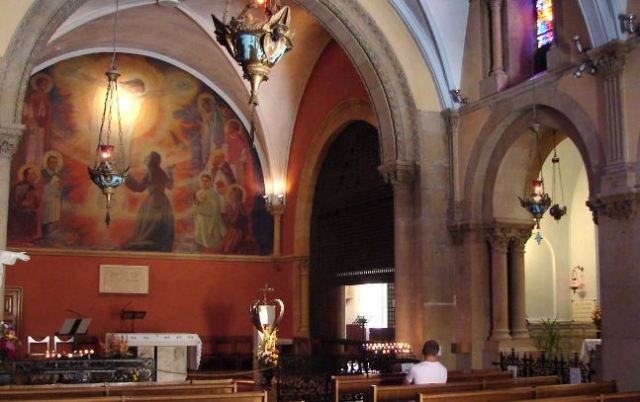 The Chapel of the Apparitions, Paray-le-Monial. At the front on the left is the (raised) grill to the convent where St Margaret Mary Alacoque knelt and saw her visions.

There are several churches and places to pray in Paray le Monial. A large church dominates the main square. Not far away is the Chapel of the Apparitions, where a convent chapel is joined with a public chapel. This is the place of many of Margaret Mary’s visions. It is a place of popular devotion, for many it is a thin place, where heaven seems close to earth.

I found it such. I was moved by the intensity of prayer by young and old. I learned the story of one pilgrim. She had come in deep sadness. She, a poor young woman, had been betrayed in love. She came, broken hearted to the place where the Sacred Heart is particularly honoured, she came to pray where, for centuries people have found prayers to be heard.

This young lady’s story is no doubt repeated through the years in this place. For me it was a reminder of Our Lady’s sorrows – the pains and wounds she had in her life. As I prayed in Paray le Monial I reflected on some of the heartache I carry and I rteflected how God, in Jesus, carroes heart ache, sorrow and pain too. In the common way we use the words the Sacred Heart is also a broken heart, and so is close to us. God’s love knowing, feeling, understanding what we feel – what is at the heart of our lives.

All ye who seek a comfort sure
in trouble and distress,
whatever sorrow vex the mind,
or guilt the soul oppress:

Jesus, who gave himself for you
upon the cross to die,
opens to you his sacred heart;
oh, to that heart draw nigh.

Sacred Heart of Jesus, have mercy on me.

St Chrysostom’s is an Anglican (Church of England) parish church in Manchester, UK. We’re an inclusive, diverse and welcoming faith community rejoicing in our Anglo Catholic tradition, where people of many differing backgrounds make friends. Find our Facebook group at https://www.facebook.com/groups/2364267899/
View all posts by stchrysostoms →
This entry was posted in Anglican, Anglo Catholic, Catholic and tagged Sacred Heart. Bookmark the permalink.